So after troubleshooting on my own for days – including tearing the whole top half of the motor off – Clint finally came over with his car and we compared some test results. Hours of testing, retesting and comparing had us so frustrated. The computer was working. The frequency valve checked out OK (moved it to Clint’s car as a test.) There was voltage on the harness and a correct dwell reading. What could be going on?

We eventually found that while the harness was carrying *voltage*, it was not carrying any *current*. Bizarre. A few more hours of ripping the car apart led us to discover that one of the two pins in the bulkhead connector feeding the frequency valve had a marginal connection. But it couldn’t just be a simple one, oh no… it had to be the crimp from the pin to the wire from behind the engine compartment wall.

Ultimately hours of troubleshooting and ripping out the interior led to a 30 second solder job which corrected the issue completely and hopefully permanently. It’s great to have friends both in person and online who are so willing to help out!

Now some photos… not a lot of this job since it was mostly stuff I had done before, but hey. 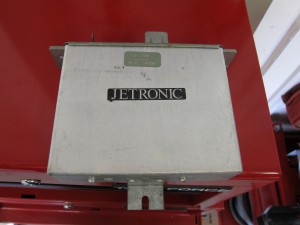 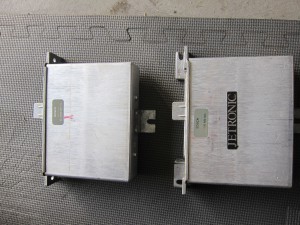 My computer (left) with the loaner on the right 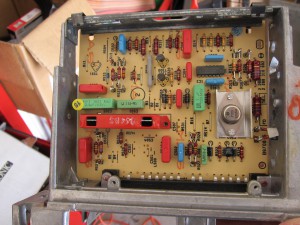 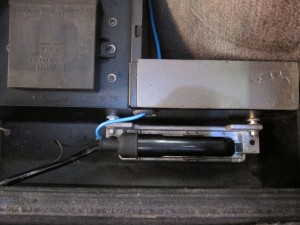 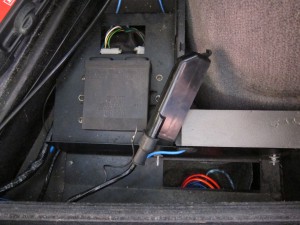 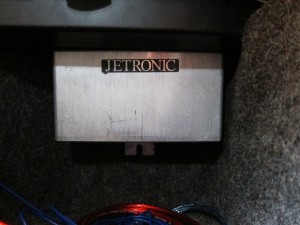 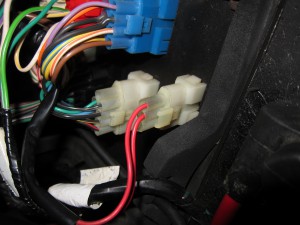 The connector that ended up being the problem is the small white one in the foreground. The pin on the top had a marginal connection on the backside.

Thanks again to everyone who helped (and offered to help) me figure this thing out. K-Jet can be very frustrating so I appreciate people helping me troubleshoot all the hundreds of possible causes based on a single symptom as vague as “running poorly” 🙂

One of the most head-scratching designs in the DeLorean is the fuel delivery system. The pump is submerged in the fuel tank, inside a rubber boot. There is a complicated pre-filter, pickup hose and...

Can’t catch a break.. unless you count things breaking